Established in 1842, TU Delft is the leading technical university in the Netherlands. It hosts 19,000 students and has 3,300 academic staff members. The university is heavily research-oriented, publishing about 320 PhD theses and 6,000 publications each year. It was ranked 32nd worldwide in the 2012-2013 Times Higher Education World Rankings in the field of Engineering and Technology, establishing TU Delft as the top-ranked Technical University in the Netherlands, and 7th ranked in Europe. TU Delft has solid experience in EU funding with over 420 successful FP7 projects (107 as coordinator) and more than 30 ERC grants. The Kalvi Institute of Nanoscience Delft, the first Kavli Institute outside of the United States, has a long history of excellence in research, with world-class research and excellent nanofabrication facilities. 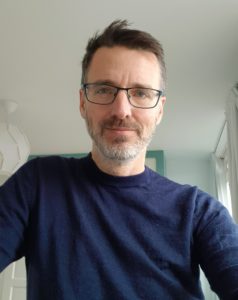 In Quromorphic, the Quantum Circuits and Mechancis group of Prof. Steele in Delft is working on implementing a non-equilibrium quantum annealer using parametrically pumped nonlinear oscillators.

Quantum annealers have the potential to address important questions in quantum chemistry with applications such as drug design and solving optimization problems. Unlike conventional gate based computers, quantum annealers work by adiabatically deforming the Hamiltonian to find the minima of a desired computation problem. Superconducting quantum annealers are based on conventional flux qubits. A disadvantage of flux qubits is that they suffer from significantly more noise than the more recently developed generations of superconducting circuits, which will ultimately limit their ability to perform calculations.

In Delft, we are exploring an alternative proposal for implementing the bits of a quantum annealer, based on encoding quantum information in a parametrically pumped, nonlinear quantum oscillator. These oscillators will exhibit significantly higher coherence times than the flux-qubits used in current annealers, leading ultimately to quantum annlears with dramatically improved resilience to noise.